Our research group develops atmospheric models of varying complexity (1D, 2D, 3D) to simulate the atmospheres and habitability of the rocky worlds in our solar system (i.e., Venus, Earth, Mars, Titan) and assess their atmospheric/climatic evolution through time. We address “big picture” questions like:

How and why did Venus (our “sister planet”) – with surface temperatures hot enough to melt lead – evolve so differently from our Earth in spite of its similar size and mass? In turn, how can Earth avoid a similar fate?

Mars, the Red Planet, may have once been a more Earth-like world, characterized by an atmosphere thick enough to support surface oceans and abundant rainfall. If so, how did Mars lose
its habitability and did it ever (does it still) support life?

And how about Titan – the only other solar system body with a full hydrologic cycle – could life be thriving within its hydrocarbon seas?

Understanding the habitability of our neighboring planets helps answer whether a second genesis could have occurred. If it did, this would have tremendous implications for the cosmic abundance of life. 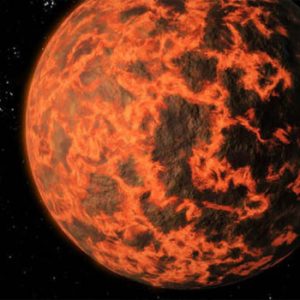 The Exoplanets Group uses space telescopes to reveal the sizes, temperatures, atmospheric properties, and orbits of many planets and brown dwarfs outside our solar system. We develop new theory and models to interpret and understand those data. We also lead several open-source software projects that provide tools for exoplanet research to the astronomical community.

For instance, we develop theoretical (1D, 2D and 3D) models that simulate the atmospheres of terrestrial exoplanets in the habitable zone,  providing interesting targets to current and upcoming space missions for follow-up observations. The focus in this line of work is to address the age-old question: Are we alone? Does life exist in other stellar systems outside of this one? Our interdisciplinary approach (which combines astronomy and atmospheric science with data from other fields, including geology and biology) develops theories to explain the planetary conditions that produce potentially habitable planets, improving our chances of detecting extraterrestrial life. Recent work has included designing improved definitions of the habitable zone, assessing the habitability of ocean worlds and aqua planets, evaluating the effects of atmospheric CO2 condensation on habitability, and determining the respiratory limits of complex lifeforms to elevated levels of atmospheric CO2.

“Small bodies” are big on science! Small bodies are comets, asteroids, trans-Neptunian objects (TNOs), Trojans, and Centaurs that are all remnants from the planetary formation era 4 ½ billion years ago. Studying these objects’ behavior and evolution allows us to answer some of the most fundamental questions in astronomy and planetary science:

We use ground- and space-based telescopes as well as spacecraft to obtain images, photometry, and spectra in visible, infrared, thermal, and radio wavelengths, allowing us to understand things like composition, thermal properties, mechanical properties, rotation state, shape, binarity, and the nearby dust environment. For example, the animated picture at left shows processed images revealing day-to-day changes in Comet 29P as it suffers an outburst that shed about a billion kilograms of dust and ice in just a few hours. We use spacecraft missions to visit specific comets and asteroids and investigate them in unprecedented detail as geological objects. We are also the site of CLASS, the NASA SSERVI-funded Center for Lunar and Asteroid Surface Science. Our research lets us understand what the small bodies are like today and how they are evolving in order to truly understand how small bodies represent the make-up of the early Solar System.

Many of our current faculty (and alumni!) have been honored with having asteroids named for them! 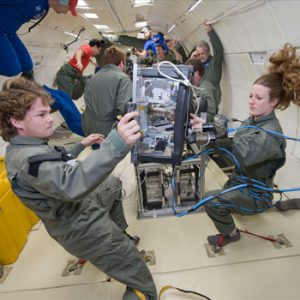 Simulations of planet formation that begin with planetesimals have reached a state where the main properties of the solar system are reproduced. Formation of planetesimals themselves remains poorly understood, however. The role of gravitational instabilities in the disk is not known. The outcome of interactions of small aggregates and dust in the presence of the protoplanetary nebula is also poorly understood. We are studying the formation of planetesimals through experiments and numerical simulations. On the experimental side, we conduct low-speed impact experiments between aggregates and single particles in the lab and occasionally in microgravity flight environments (including on parabolic airplane flights, suborbital rocket flights, and experiments on the International Space Station (ISS)). The goal is to understand the role of surface forces in leading to adhesion between aggregates as well as the dissipation of energy in low-speed collisions. The results are also applicable to the collisions in planetary rings. 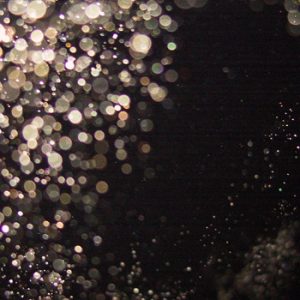 We are studying the dynamics of dust particles in various solar system environments, including near the lunar surface, asteroid surface, ring systems, and in interplanetary space. This can include motion due to impacts and other disturbances or the motion of charged dust particles in plasma and electric fields.

We use both modeling and laboratory experiments to explore the behavior of dust in these environments to better understand the distribution of interplanetary dust, regolith features on the Moon and asteroids, and the potential hazards of charged dust for future planetary surface missions. 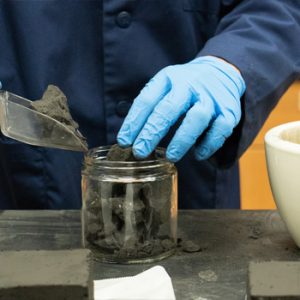 We study the physical properties and compositions of the Moon, asteroids, and Mars. The surfaces of these bodies are covered with a fine-grained particulate regolith (or soil) that marks the boundary between internal geologic processes, and the space environment. What are these regoliths made of? How did they form and how have they evolved over time? Most important: what can this tell us about the earliest history of the solar system and the formation of planets?

We combine laboratory measurements and analysis of spacecraft data to address these questions. In the lab we measure key properties of lunar soils and meteorites–near and thermal infrared spectral signatures, density, porosity, and thermal properties–to better understand what real asteroids and moons are like in space. Recently we have begun to develop highly realistic simulated planetary materials: simulants. These simulants are the best approximation of true regoliths on planetary bodies; they allow us to address unique science questions, and serve as a testbed to develop technologies for in-situ resource utilization and future human exploration.
We have involvement with past and current NASA missions including Diviner Lunar Radiometer (Diviner), OSIRIS-REx, Mars Pathfinder, New Horizons (Pluto), Lucy (Trojan Asteroids), and ESA’s PROSPECT. 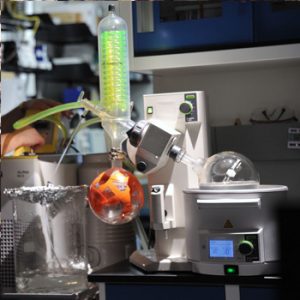 We trace the molecular basis for the evolution of interstellar clouds, the formation of Solar Systems, the incorporation of molecular species into planetary bodies, including comets and meteorites and how these systems evolve in time. Astrochemistry is often a culmination of different fields acting synergistically: i) Astronomical observations to seek the chemical compositions of the interstellar medium, of planetary exospheres/atmospheres, comets, asteroids, etc. ii) Modeling, from macroscopic astrophysical environments that reinforce our understanding of the underlying physics and kinetic processes are correct, down to the atomic level where quantum chemical calculations provide spectroscopic information for hitherto unseen molecular carriers, and iii) Experimental studies which are conducted in a laboratory setting to measure how chemistry may be affected by the harsh astrophysical environment often measuring physical or spectral properties, or studying chemical reactivity, surface processes, or the interaction of radiation with matter. The latter often involves extremes of cold temperature, ultra-high vacuum, and simulating multiple radiation sources. Ultimately, astrochemistry seeks to help provide constraints on how the origin of life on Earth may have occurred, and how likely it may be to occur elsewhere in the Universe.

We also investigate the formation and evolution of planetary bodies within the Solar System by constraining the compositions of their surfaces using a range of telescopic and spacecraft observations. A critical component to interpreting these remote measurements is laboratory reflectance and emissivity measurements of well-characterized analog materials under the appropriate temperatures and pressure conditions.  Using environment chambers capable of simulating the near-surface environment of airless bodies (e.g., the Moon, asteroids, Phobos and Deimos) and a Fourier Transform infrared (FTIR) spectrometer, we can measure the thermal infrared emission of analog samples under simulated airless body conditions. Laboratory measurements like these are critical for interpreting surface compositions from current and future thermal infrared measurements including Diviner Lunar Radiometer (Diviner) observations of the Moon, OSIRIS-REx Thermal Emission Spectrometer (OTES) observations of Bennu, and BepiColombo’s MERTIS observations of Mercury. 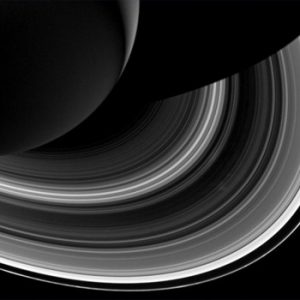 We are studying the structure, composition, and evolution of Saturn’s rings through a combination of analysis of data from the Cassini Ultraviolet Imaging Spectrograph (UVIS) and numerical modeling of the rings. We combine multiple stellar occultations to understand the three-dimensional structure of the rings in the same way doctors use CT scans to study the structure of the body. These occultations provide exquisitely detailed maps of the finest structures in the rings which we can then compare to N-body simulations to better understand the dynamics of the rings and their origins. UVIS also takes ultraviolet images of the rings which illuminate compositional variations across the rings – another clue to their origins. Cassini ended its mission with a Grand Finale series of orbits in 2017 that culminated in the spacecraft plummeting into Saturn’s atmosphere, but data from the mission will be analyzed for years to come.