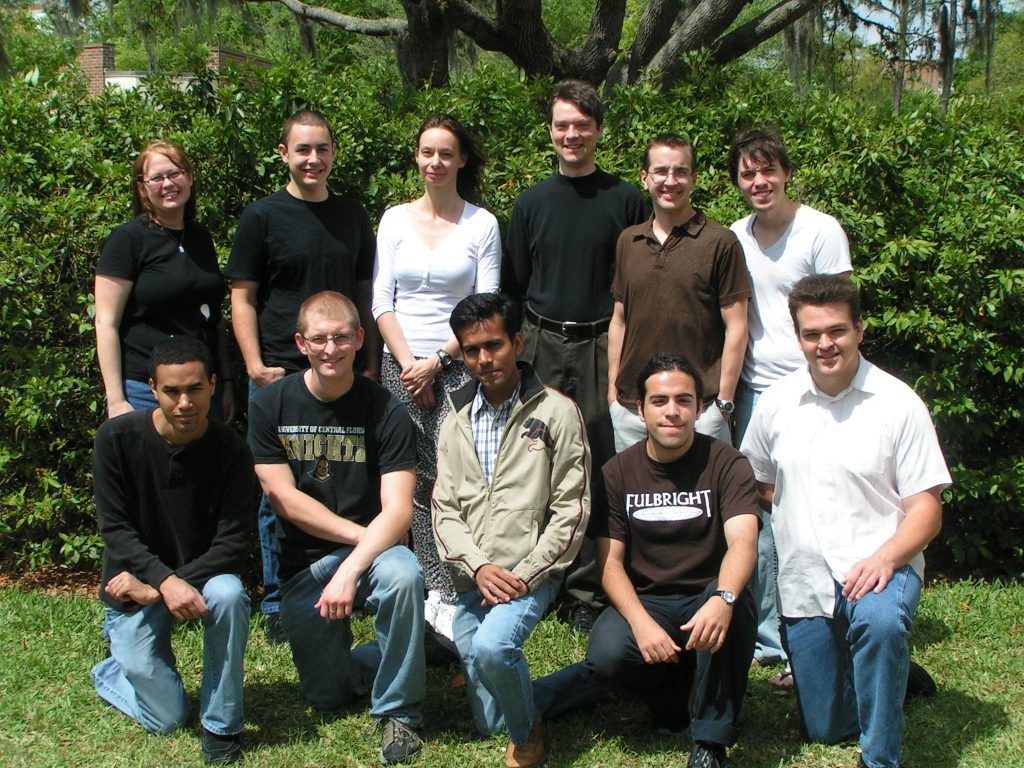 Joe Harrington and his team of graduate and undergraduate students use data from the Spitzer Space Telescope to measure exoplanets, which are planets outside of our own solar system.  So far, most of the known exoplanets that we can measure by their own emitted or reflected light (our group’s specialty) are roughly the size of Jupiter.  Many of these orbit their parent stars in just a few days.  As such, they are labeled “hot Jupiters.”

NASA’s Kepler spacecraft has found thousands of planet candidates, many of them about Earth-sized and a few in their stars’ “habitable zones,” where water could potentially exist as a liquid on the planet’s surface.  Most of these are “candidates” because they lack confirmation by other means, but some have since been confirmed.  We are excited by the prospect of someday measuring Earth-like planets by their own light!  These are the measurements that will tell us whether conditions there are hospitable to life, and even whether life exists on worlds outside our solar system.

The close-in planets are hard to study because they cannot (yet) be distinguished as separate objects from their parent stars in images.  Instead, light from both the star and the planet appears as a single point.  However, we can use a trick to measure the light of some planets directly.  These planets orbit right in front of their parent stars as seen from Earth.  This event, known as a primary transit, causes a small drop in a system’s total light as the planet blocks part of the star’s surface.  By measuring the drop in light, we can determine the planet’s size, and combining transit measurements with other observations yields the planet’s mass and orbital parameters!

These transiting planets generally also pass behind their stars, an event called a secondary eclipse.  Measuring eclipses in the infrared, where these hot planets emit a lot of light, yields information on the planet’s temperature.  We can even assess the atmospheric composition by measuring eclipses at different infrared wavelengths and applying models that consider the known behavior of atmospheric gases such as H20, CH4, CO, and CO2.  This works because molecules in a planet’s atmosphere absorb and emit light at specific, well-known wavelengths. 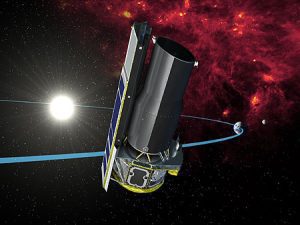 Our group led a program on the Spitzer Space Telescope that observed eclipses and transits of newly-discovered exoplanets.  Participating discoverers included the Wide-Angle Search for Planets (WASP), Hungarian-made Automated Telescopes (HAT), XO, Geneva, and Yale/SFSU teams. We observed dozens of eclipses and transits.  Our published results include digital versions of our derived transit and eclipse lightcurves.  We list some high-profile results below, with links to separate pages for each one.  Several of these papers were led by students!  We have many more papers to write, and we need students to help out with the data analysis and to lead papers of their own.

The Spitzer Space Telescope trails behind the Earth in its orbit around the sun.  Spitzer uses an 85-cm (33.5-inch) diameter primary mirror and various instruments (IRAC, IRS, and MIPS) to observe in the infrared (3 – 180 μm).  After more than 6 years of operation, the satellite has run out of coolant, thus limiting its capabilities to the IRAC 3.6- and 4.5-μm bands.  Nonetheless, the observatory remains very productive in observing exoplanets.